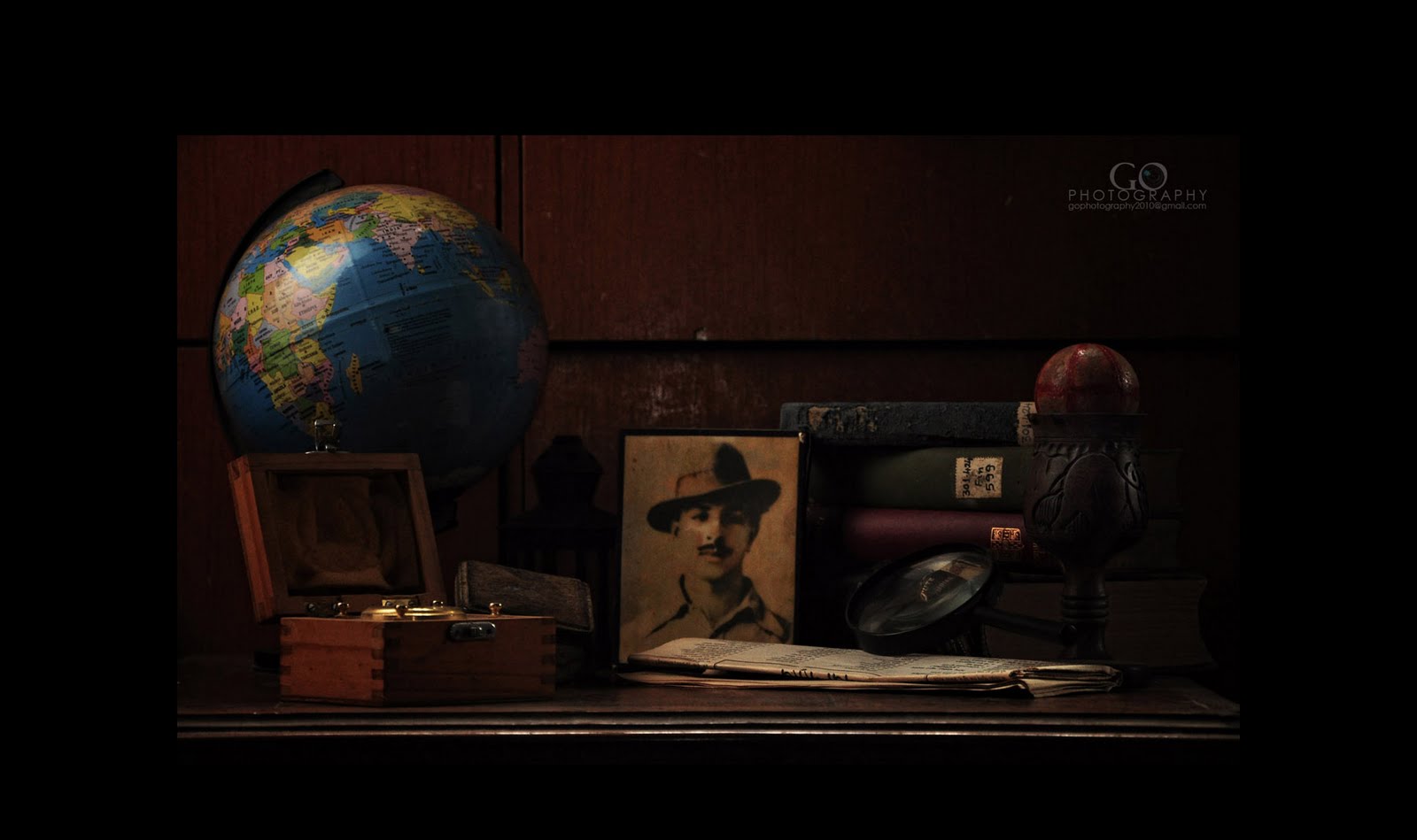 Dark days ahead – be prepared to resist!

Democrats and freedom-fighters in India are prepared for the dark days, now ahead of us.

Life goes on ... Such dark days have ended; they have prepared us for today:

The sad fact, which democrats have to understand and accept, is that the forces of darkness can be elected by a majority.

Such forces of darkness have been elected in earlier times:
So, India in 2014 is not the first time.

How do ordinary people resist the forces of darkness?

From personal experience and lessons learned from resistance movements, I suggest:


Your support is my strength.

I am sorry, if you think that Hitler and Mussolini are equivalent to Reagan and Thatcher, you are beyond any reason. Amazingly, Mao, Stalin, Pol Pot, Saddam did not occur to you, but two democratically elected, transformational leaders did. The 1991 liberalization is the main thing separating India from failed states such as Pakistan and Bangladesh. If this is the definition of 'Dark Days', I say bring on the night and let´s party.

2) 1971: Creation of Bangladesh leading to a further refugee problem from the East.

3) 1984: Operation Bluestar, followed by Indira Gandhi assassination. Anti-Sikh riots in Delhi and anti-Punjabi wave in a lot of other parts of the country. About 6-8000 deaths.BTW no justice yet.

6) 1990-91: Displacement of over 1.5-3lakh Kashmiri Pundits from J&K, an instance of the largest ethnic cleansing in Independent India.

8) Pre 1991 economic liberalisation India was on the brink having to mortgage its gold and having foreign Exchange only to fund 3 weeks of exports and we needed an IMF bailout so as not to default on payments.

It isn't in India's destiny to remain poor, remain a has been...India will one day flourish...India will become a success....just that all Indians will have to work for it. The time to work is here...IT IS NOW. Jai Hind!

I agree to add the eight (8) dark periods U have listed. No issue to the list, except for your opinions, on which we may agree to disagree.

As for progress and development, let us wait, watch and see. I keep an open mind. Though little that I see demonstrates that things have improved for the poor since 1992.

Today, my concern is about social harmony. And the "brown shirts". I have been a student of the RSS since the 1960s and the BJP since its inception, after 1977. I can go along till Vajpayee. After that, and esp Modi, is worrying.

My dear Abhay -- Please read my next blog-post of 800 words, which addresses exactly why I include Hitler & Mussolini with Reagan & Thatcher. Peace and love - Joe.

"An open letter to Narendra Modi," by Gopalkrishna Gandhi, The Hindu, May 19, 2014, which can be accessed at:

The title of the post itself bears pessimistic view. I am not a pessimist. Just for a moment leave aside the politics and view India as a country. What is the immediate need of hour for India. A strong, decisive, dedicated and committed leader and one who talks, pun intended, and India chose one. Do you agree to this?.
You talked about dark days ahead, what could be more darker than the last 5yrs of mis-rule, sycophancy, scams, crony capitalism, pseudo-secularism..... .

I'm a cynic, Sir, but I have to say, Modi seems to be making all the right noises, at least as far as taking care of the policy paralysis goes. And for the rest, that is why they say in a Democracy, people get the government they deserve.
I haven't made up my mind yet. I am waiting to see how "inclusive" his development will really be. India has the typical problems of any developing nation, only here the problems of the divide between the rich and poor, for instance is way worse than in many others. And isn't even comparable to any developed nation. I, for one, think we've got it all wrong. There's not much point of building super tall malls and rich restaurants when you have to step over slums to get into them, like one has to, in Mumbai. I understand all big cities need these facilities, but I know for a fact that a clean, less poor environment would resonate better with the foreign investors they all seem to be wooing, because while hoity toity hotels aren't what they keep talking about when they return, they do go on about how there're slums all around a 5 star.

Thank U for your frank comments.

My fear is that the new govt -- following in the footsteps of the two UPA govts and the earlier NDA led by Vajpayee, but also going far beyond -- will pander to (or "appease") the whims & fancies of the Indian corporates as well as foreign investors, at the cost of the poor working people.

At the moment it is a fear, going on the basis of what the "Gujarat model" has done since 2002.

I see the "Gujarat model" not only merely as an economic model but also a vast political, social and economic project of the RSS/BJP/Modi, which has one of its roots in what began in India after the Manmohan Singh budget of 1992.

That is why I have referred to Thatcher (UK) and Reagan (USA) also.

once in a while, many high-profile businessmen avail the offerings of these lovable escorts to impress their companions and pals. The enterprise of an stylish woman in their hands allows them to reveal up in style. especially, whilst you cross on tour to a few other us of a, where you are not acknowledged to each person https://www.hotaleena.com/gayatri-goal-bangalore-escorts.html
bangalore escorts
bangalore escorts services
bangalore escorts agency

escorts in Bangalore. all your personal facts will be kept secure and comfy and we or our call ladies may not display this to everyone.
https://www.payalpandya.com/contact.html
bangalore escorts
call girls in bangalore

damage a person and both parts are connected with each other but our name girls will most effective boost you and gained your coronary heart because they've simplest made for you.
https://www.bedpari.com/chennai-escorts.html
Chennai escorts
Escorts in Chennai

have carried out a fantastic attempt to fulfill our clients so on every occasion they return here they by no means face to any other escort provider.
https://www.bedpari.com/hyderabad-escorts.html
Hyderabad escorts

The handiest trouble that you may face with our Bangalore escorts provider issuer corporation is choosing a unmarried escort as all of them has a completely unique beauty and elegance.
https://www.nehathakur.com/escorts-service-novotal-hotel-bangalore.php


Estrela Do Mar Beach Resort Goa - Stay at one of the best luxury private beach Estrela do mar beach resort. Book through website to get best offers on your stay. Book Now, Pay Later & party hard at beach!

If you want to serve call girls in Rishikesh, then contact our website and enjoy better service. Best Female Call Girls In Rishikesh


Looking to save the money but unable to do it, now don’t worry coupon2deal.com will help you in this with the help of discount coupons we will help you out in your savings and we offered different types of coupons like
NordVPN Coupon,
Namecheap Promo Code,
Shein Coupon,
hostinger Coupon.
Dollar General Coupons
Aldi Coupons
123inkjets Coupon
Ace Hardware Coupon
Allen Edmonds Coupon

Gurgaon is a famous place for receiving gurgaon call girls. Here call girls are categorized as many categories, you can contact us on our website to get them. Escorts Service In Gurgaon

Sia Art Jewellery Launched in 1995, SIA, the flagship brand in Fashion jewellery of the company owns 100+ retail touchpoints which include our exclusive stores & MBOs at Central & Pantaloons along with our presence on e-tail platforms like Amazon, Myntra, Nykaa, Ajio and Flipkart &have churned out the heart of people with our own portal https://siajewellery.com/
Sia specialises in a niche category of designs from bridal jewellery to western wear to office wear to daily wear jewellery that too affordable & fashionable.
Visit to buy your favorites Jewellery 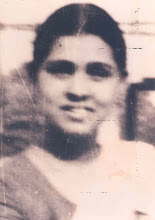 Memoir of My Mother

"A true soul mate is probably the most important person you’ll ever meet, because they tear down your walls and smack you awake. But to live with a soul mate forever? Nah. Too painful.

"Soul mates, they come into your life just to reveal another layer of yourself to you, and then they leave. And thank God for it." 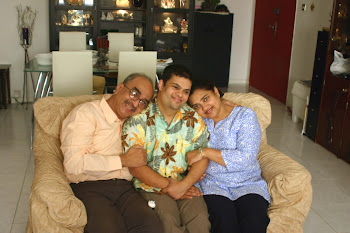 Cosy with my nephew Manu and my sister Flavy: Dubai, April 2011.

Books on my Shelf 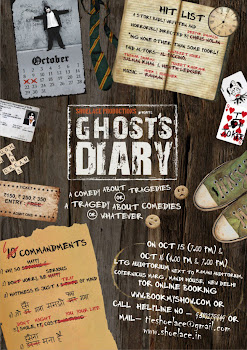 This theatre group is currently Neeti Tandon's passion. Send me your out-of-work or in-work passions to include in this margin. 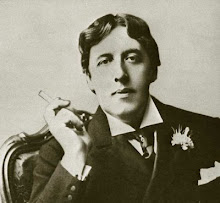 "We are all in the gutter. But some of us are looking up at the ...stars." Oscar Wilde.

"I mean, if a thing works, if a thing is right, respect that, acknowledge it, respect it and hold to it." Harold Pinter in Party Time (1992).

Enter the stream of English ... quietly 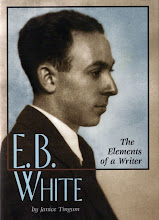 "In choosing between the formal and the informal, the regular and the offbeat, the general and the special, the orthodox and the heretical, the beginner should err on the side of conservatism, on the side of established usage. No idiom is taboo, no accent forbidden; there is simply a better chance of doing well if the writer holds a steady course, enters the stream of English quietly, and does not thrash about." – E.B. White (1899-1985) in Elements of Style.

“We look before and after, And pine for what is not; Our sincerest laughter With some pain is fraught; Our sweetest songs Are those that tell of saddest thought.” Percy Bysshe Shelley. 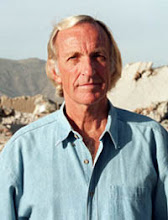 “It is not enough for journalists to see themselves as mere messengers, without understanding the hidden agendas of the message and the myths that surround it.” 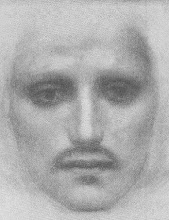 Advice, to edit by 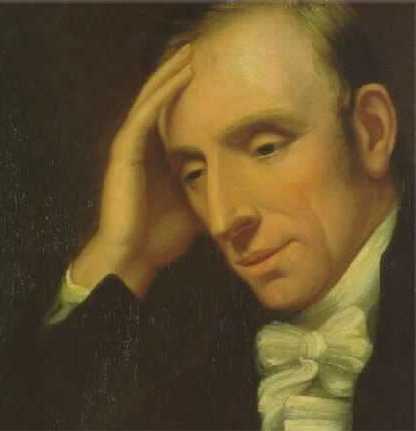 "The world is too much with us; late and soon, Getting and spending, we lay waste our powers: Little we see in Nature that is ours; We have given our hearts away, a sordid boon! The Sea that bares her bosom to the moon; The winds that will be howling at all hours, And are up-gathered now like sleeping flowers; For this, for everything, we are out of tune." 1806, William Wordsworth.

"Teachers open the door, but students must enter by themselves". - Chinese proverb.

To see what is in front of one's nose 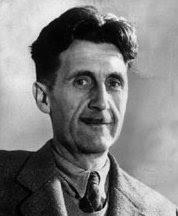 One needs rules … about the effect of a word or a phrase … that one can rely on when instinct fails. I think the following rules will cover most cases: 1. Never use a metaphor, simile or other figure of speech, which you are used to seeing in print. 2. Never use a long word, where a short one will do. 3. If it is possible to cut a word out, always cut it out. 4. Never use the passive, where you can use the active. 5. Never use a foreign phrase, a scientific word or a jargon word, if you can think of an everyday English equivalent. 6. Break any of these rules, sooner than say anything barbarous. – George Orwell, Politics and the English Language, 1946.

Role Models for Mass Media in the New Age

Take Back the Night 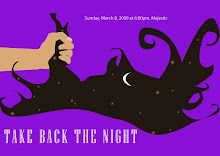 “Bloggers for World Peace” is a special (“close to her heart”) award, conferred by Indian Home Maker. She says, "Some bloggers give us hope. They are the bloggers who care for all the citizens of this world. These bloggers can see above the generalizations of caste, community, religion, language, region, race and national boundaries. They are the hope of our unity in diversity.”